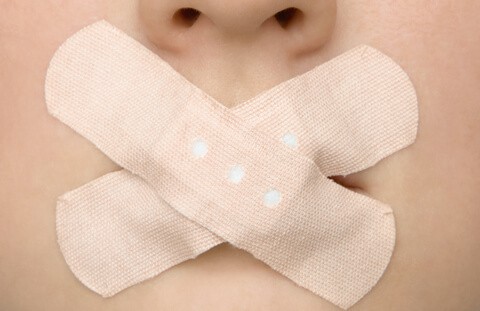 Put the Ugly Words Away…

This past week I read an online news article about an animal rescue operation who successfully rescued 1,000 chickens from slaughter. This rescue operation had secured a flight, yes a flight, for said chickens and would be flying them across country to their new forever home where they would roam free and live out the remainder of their days in New York hopping on hay bales and frolicking in the sunshine. The chickens, all hens, were part of an egg producing farm and were “spent” meaning their egg producing days were over. According to the article I read these hens were scheduled to be slaughtered and the meat would be turned into animal food. Meat from an aging laying hen is usually tough and sold to companies who incorporate it into foods such as canned soups, stews, frozen casseroles and even pet/animal food.

Growing up on an egg producing poultry farm most of my life, I found it difficult to wrap my mind around the whole flying chickens across country and spending so much money on preparing them for flight and then the cost for continual care. Being a “farm girl” I just don’t get it, so I like many other folks decided to add my two cents and share my thoughts on the online article. I wondered through my post why it was that the resources used to fly 1,000 chickens across country were not being used on saving human lives. What followed was quite unexpected and even more upsetting. Although there were many folks who agreed with me there were equally as many who thought I had missed the mark completely. One woman even called me a cold heart “B” while another suggested that I get locked up in a cage like the chickens and live out my life cooped up and mistreated. A third person suggested that I quit eating meat. Umm, no thanks, I am and always will be a meat eater; if you choose not to eat meat then so be it. The conversation turned into a battle of wits where I eventually decided that it was pointless to try to express my thoughts in a fair minded rational way took my proverbial ball and left the playground. I was in complete shock at the way grown people were behaving. Name calling, nasty comments and near threats were being thrown around as if it were acceptable.

Since I excused myself from the online “discussion” about the chickens I have spent a lot of time wondering why it is that grown-ups feel the need to be so mean to one another when trying to prove a point. Name calling it seems is an acceptable form of communication. While it is okay to be passionate about something it is not okay to take that passion and turn it into an all-out war of words. Clicking through various online news articles I notice an ongoing theme of hateful comments no matter what the topic. At some point it has become acceptable to verbally attack others without repercussions. Is it because the internet makes it easy to attack someone with anonymity? Is it because respect for others has become a thing of the past? Is it because I simply deserved it because I was not in favor of saving the chickens? I am not sure why it is the way it is but it makes me sad and it makes me worry about future generations. What are we teaching our children if we behave in such an undesirable way? Are we telling our children that it is okay to throw respect, kindness and manners out the window and hurl foul words at others just to prove a point or get our own way?

With so much anger and hate in our world already I think we need to take a step back and resolve to use our words in a more appropriate way ensuring kindness and respect toward others. I am not suggesting that we become a “yes” generation agreeing to everything all of the time, I am merely suggesting that there is a way to dispute or express our differences without malice. Whether we disagree with a certain political policy, social issue or what the color of the moon is we need to approach the disagreement with respect. No one deserves to be disrespected; it’s just not nice. American actor, singer and semi-retired professional wrestler Dwayne “The Rock” Johnson says “Not only do I think being nice and kind is easy but being kind, in my opinion, is important.” I encourage you to spend time in thought before reacting in a negative way the next time you find yourself in a disagreement because you never know what the other person is going through and who knows what your reaction might mean to them…or to yourself for that matter. Put the ugly words away; they are not necessary and they are not nice.

I think we all need a touch point a place we can go to be inspired. Karla is my children’s teacher, a good friend, and a person with a heart of gold. I hope that her words will inspire you to do more. We are only as good as the people we surround ourselves with. It is important to listen with your heart and proceed with your eyes open. Enjoy!

Check out all of Karla’s Korner articles for more thought for the week here. Also, please visit Karla’s Lifetime Moms page and read her articles.

Find out what we eat >>> Weekly MadameDeals Menu Plan

Do you have recipes, crafts or posts to share? MadameDeals is Hiring check out our JOBS Board to apply or if you have fun ideas send us your pitch.