Raising a Child With Autism

Raising a Child With Autism 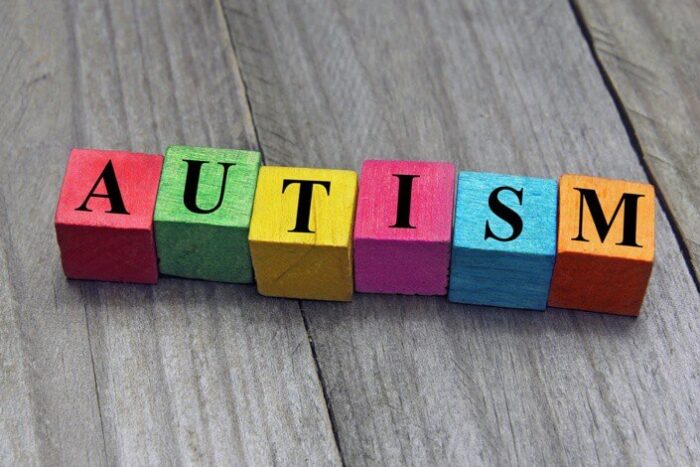 “That’s Not Fair!” How many times is that phrase echoed per day in most homes on Planet Earth? But, what if things were NOT actually fair? What if you had a child who’s very center of gravity relied on fairness? My son has Autism. He takes everything literally, and I mean everything…lit-er-al-ly. He loves schedules, routines, time, rules, things you can count on, quantify and hang your hat on. Even the aforementioned expression would send him reeling because A.You don’t have a hat on and B. Where are you hanging it, there’s no hook. As I said….literally.

I have been trying for years to mainstream my son, inch by inch, year by year. He is now 10 and I knew if I did not take the plunge to try teams sports soon the window would close and he would be too old to integrate into the boiling cauldron of social testosterone. Jake is not Autistic enough for Special programs but WAY too Autistic for typical programs. Go figure. It is a purgatory I fought long and hard to achieve, I assure you. I have tried a few things where he is a part of a group (horseback riding, hip-hop, golf, chess) but not necessarily an individual contributor of a well oiled functioning machine called a team. There is so much potential for this to backfire on him socially, emotionally, and physically. He sticks out like a sore thumb because he is very loud, repeats self stimulating phrases incessantly, makes noises that are out of nowhere,falls apart constantly and is a sitting duck for bullies. With Autism their is no real glaring signs to people that he needs a little support, a 2nd, 3rd, or 4th chance, or some empathy. He looks like he is just a “normal” kid being a spoiled brat.

It is heartbreaking to have to keep giving my child a blindfold and cigarette and putting him before a firing squad daily. But, I know if we don’t take our foot off first base we will never steal second base and have no shot of ever sliding into home. Every day he enters situations that most children navigate without batting an eyelash. A sanctuary like school can be a potential collision course of feelings, fairness, noise, and over stimulation, on a good day. On a bad day it can be meltdowns, screaming, head banging and a neurological free fall of emotions.

So, on my son’s first day of baseball camp at the Y, five days, 9-12, I dropped him off cried, prayed and held my breath. I know from playing Wii that he knows the rules of baseball inside and out. That is the easy part. Rules are rules, they are his equivalent to a hammock on a sandy beach with an ice cold Corona. He loves rules! But, who will color outside the lines? And how will my son react? Will he drive somebody crazy in the outfield repeating the beef stew line from the Movie Benchwarmers over and over? If someone misses a fly will he literally say “You missed it!” He is the investigative reporter from the frontline of the obvious. Will he hurt someone’s feelings? Will someone hurt his? If kids laugh at something not pertaining to him will he think people are laughing at him? Will he lose it? And when he does lose it will it be so bad that he is not invited to return? Am I a horrible mother for pushing him so hard? Should I have just kept him home and played Wii with him? Parents of children with Autism are in a 24/7 guessing game laced with panic, second guessing, and sick to our stomachs worry.

I arrived very early, and stayed far back where I could see him without him seeing me. I saw so many familiar body movements of frustration and rigidness. But I also saw him trying. I watched his internal struggle to keep it together. As I started to move closer I saw him charging from the outfield to the dugout…I held my breath. He emerged with a batting helmet on…I could breathe again. He was just waiting to bat, nothing had happened, Thank you God, literally! But moments before his turn to bat it was noon and camp was over for today. Oh No! I started walking faster because I could see the body language changing, “Please God, please God, PLEASE God” as I picked it up to a slow jog. The other kids were now standing still watching Jake get louder, “It’s NOT FAIR!” I saw the coach trying to console him as Jake would not release the bat or leave the plate. I got there in the nick of time to try to diffuse the escalation. I was hoping to get us out of there before a huge scene (story of our Autistic Life.)

The amazing thing was that the coach agreed with him. “You are right Jake, it’s not fair. It is not fair and I am sorry. Everybody gets 10 hits and we ran out of time. You will go first tomorrow and get today’s 10 and tomorrow’s 10.” Jake’s response, “It has to be today, 10 today, that’s the rules. And If I get 20 tomorrow that won’t be fair to the other kids and they will be mad at me!” Once we explained to him that mathematically it will be fair and the kids will understand, miraculously his fingertips unfurled from the handle of the bat. What a victory for us!! He kept it together, he processed, he understood, he didn’t fall apart. And the icing on the cake was he actually thought of the other children’s feelings as well AND articulated those feelings.

Most parents take for granted the ease of pick-ups and drop-offs at sports, dance, clubs, etc.. Most people hear “That’s not fair” coming from the backseat or the backyard all day and night. You probably tune it out as a survival adaptation. For most kids it’s just something they mindlessly whine. But, for our children of Autism, fairness is the fulcrum of their emotional existence.

Thanks to Jayma for sharing their story!

Read more of our parenting posts: