Why is Mardi Gras Celebrated? 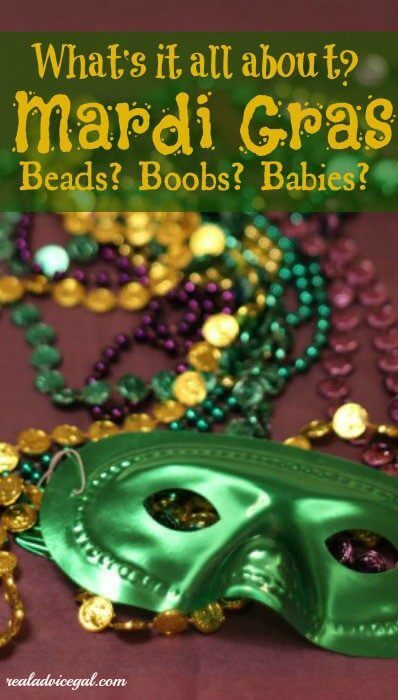 Why is Mardi Gras Celebrated?

When you think about Mardi Gras, what pops into your mind first? I may be the exception to the rule but I think about partying in New Orleans and all the beads and of course once I think about the beads my mind flashes (pun intended) to the method by which some are likely to use to earn some beads. I am talking about flashing your boobs, of course. Well, I am here to set the record straight and tell you what Mardi Gras is really all about. It is not the boobs or the beads…surprised? But it does involve a baby. I will get to that I promise but first why is mardi gras celebrated?

Why do we celebrate Mardi Gras?

Mardi Gras, as most probably know,  is French for Fat Tuesday and is the last day of a period of celebration known as Carnival. Mardi Gras is always celebrated on the Tuesday preceding Ash Wednesday. The name Mardi Gras arose from the tradition of eating one last fatty indulgent meal before the beginning of the Lenten season on Ash Wednesday. Lent is a time when many Christians commit to give up something that is a vice or otherwise is not healthy for them. But it can also be a commitment to start a healthy habit, serve others, or to strengthen your faith through daily devotions or Bible study. Christians typically confess their sins and seek absolution as they enter into the season of Lent.

Shrove Tuesday is another name for Mardi Gras or the Tuesday before Lent begins. In the Middle Ages, families traditionally ate all the milk,  meat, eggs, and fats in the household since the consumption of these foods would be limited during Lent. People did not want the food to go to waste so they ate it. This is why many churches celebrate Shrove Tuesday with a pancake dinner. Pancakes are a perfect way to use up milk, eggs and fat, throw in a side of sausage or bacon and your set. This tradition became known as Mardi Gras in France and in England as Pancake Day.

Whether you celebrate Mardi Gras as one last hurrah before the season of Lent or you just celebrate because you love a good party, now you know why it is called Mardi Gras and why it is celebrated.  At least we have refrigeration so we don’t have to eat ALL the milk, eggs, and meat in the house.

Oops I almost forgot about the baby… 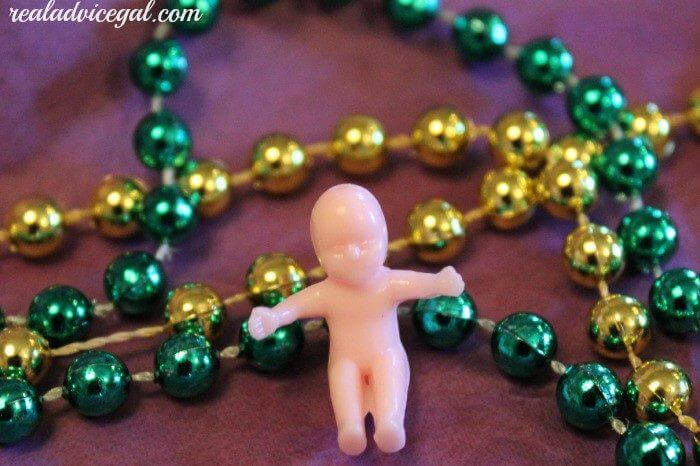 A traditional food at many Mardi Gras/Shrove Tuesday celebrations is the King Cake. The King Cake is decorated with the traditional colors of Mardi Gras: green ,purple, and gold. Each King Cake has a small plastic baby hidden in it. The baby is sometimes said to represent baby Jesus since Mardi Gras is the official end to the Epiphany season. Whichever party goer is the lucky one to find the baby in his piece of cake is the person responsible for baking the cake for the next year’s celebration.

So the next time you are in New Orleans for Mardi Gras or attending a Shrove Tuesday pancake dinner you will know a little but more about why is Mardi Gras celebrated.

If you want to read more about the tradition of showing your boobs for beads, I love this article from Bustle.com, Why Do Women Flash Their Breasts For Beads At Mardi Gras? A Brief History.

Get ready for your Mardi Gras party with these cool items

Mardi Gras to Mistletoe: A Cookbook of Frestive Favorites from the Junior League of Shreveport-Bossier 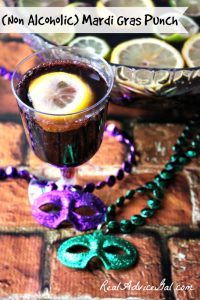